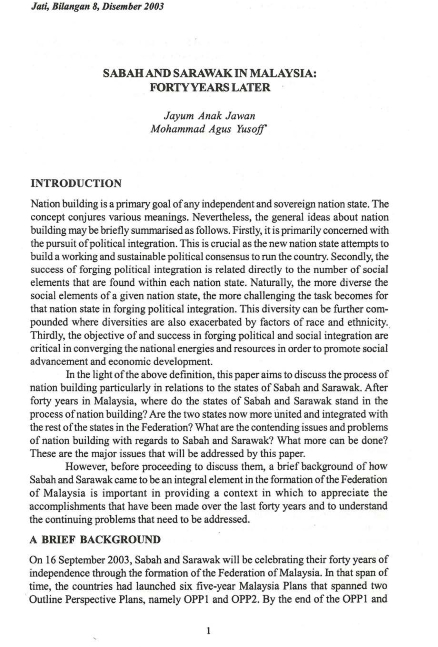 Nation building is a primary goal of any independent and sovereign nation state. The concept conjures various meanings. Nevertheless, the general ideas about nation building may be briefly summarised as follows. Firstly, it is primarily concerned with the pursuit of political integration. This is crucial as the new nation state attempts to build a working and sustainable political consensus to run the country. Secondly, the success of forging political integration is related directly to the number of social elements that are found within each nation state. Naturally, the more diverse the social elements of a given nation state, the more challenging the task becomes for that nation state in forging political integration. This diversity can be further compounded where diversities are also exacerbated by factors of race and ethnicity. Thirdly, the objective of an success in forging political and social integration are critical in coverging the national energies and resources in order to promote social advancement and economic development.