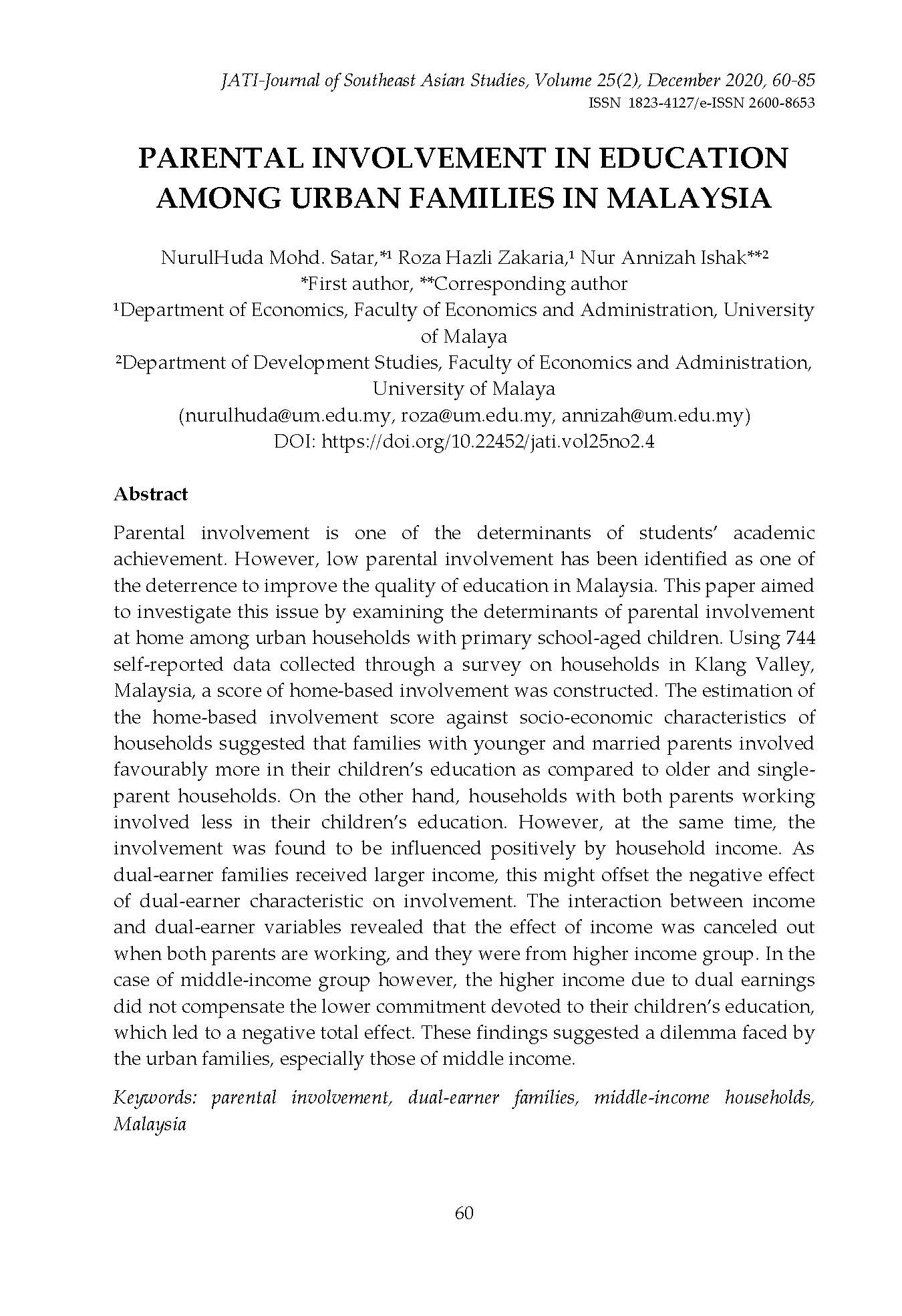 Parental involvement is one of the determinants of students’ academic achievement. However, low parental involvement has been identified as one of the deterrence to improve the quality of education in Malaysia. This paper aimed to investigate this issue by examining the determinants of parental involvement at home among urban households with primary school-aged children. Using 744 self-reported data collected through a survey on households in Klang Valley, Malaysia, a score of home-based involvement was constructed. The estimation of the home-based involvement score against socio-economic characteristics of households suggested that families with younger and married parents involved favourably more in their children’s education as compared to older and single-parent households. On the other hand, households with both parents working involved less in their children’s education. However, at the same time, the involvement was found to be influenced positively by household income. As dual-earner families received larger income, this might offset the negative effect of dual-earner characteristic on involvement. The interaction between income and dual-earner variables revealed that the effect of income was cancelled out when both parents are working, and they were from higher-income group. In the case of the middle-income group however, the higher income due to dual earnings did not compensate the lower commitment devoted to their children’s education, which led to a negative total effect. These findings suggested a dilemma faced by the urban families, especially those of middle income.