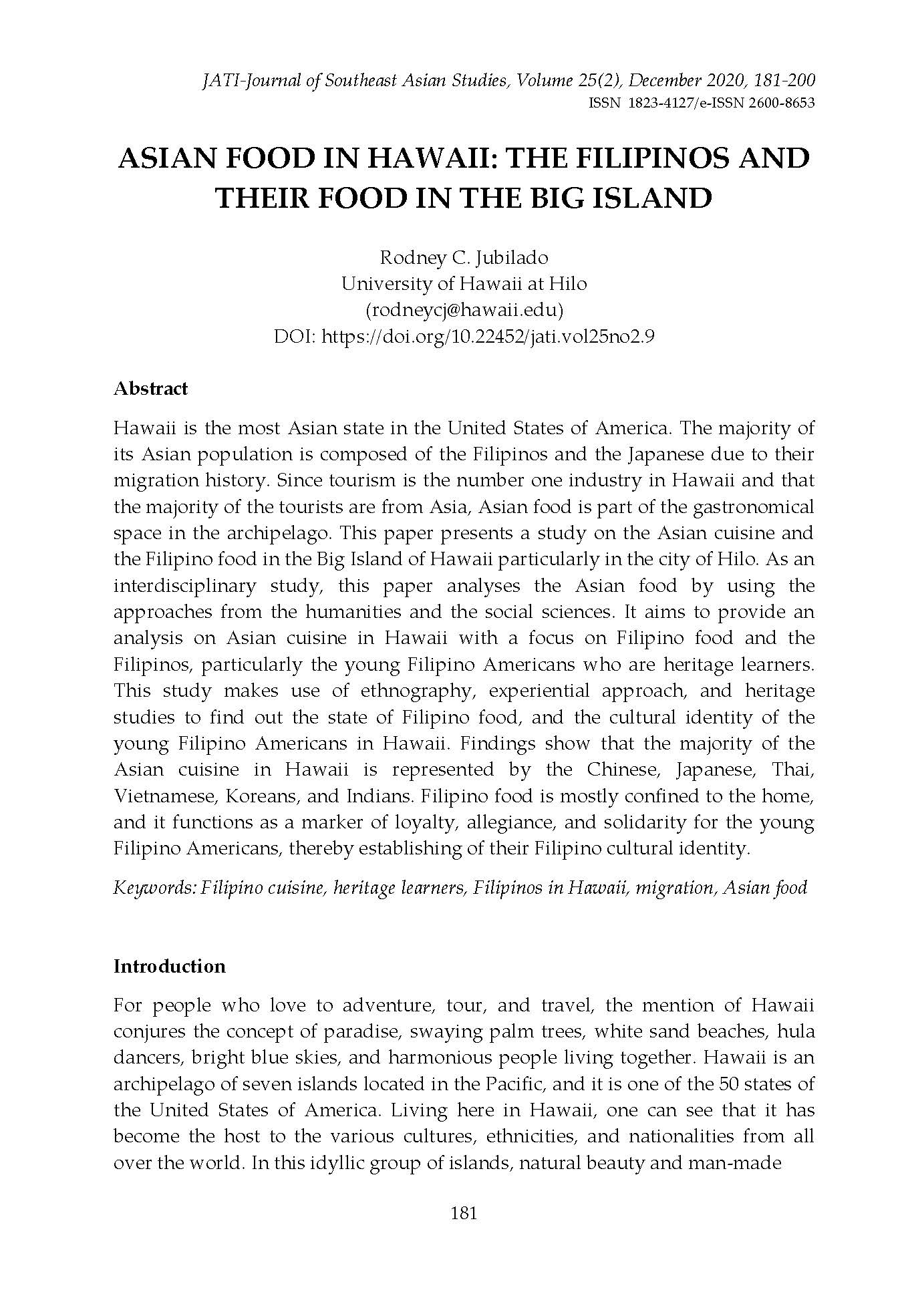 Hawaii is the most Asian state in the United States of America. The majority of its Asian population is composed of the Filipinos and the Japanese due to their migration history. Since tourism is the number one industry in Hawaii and that the majority of the tourists are from Asia, Asian food is part of the gastronomical space in the archipelago. This paper presents a study on the Asian cuisine and the Filipino food in the Big Island of Hawaii particularly in the city of Hilo. As an interdisciplinary study, this paper analyses the Asian food by using the approaches from the humanities and the social sciences. It aims to provide an analysis of Asian cuisine in Hawaii with a focus on Filipino food and the Filipinos, particularly the young Filipino Americans who are heritage learners. This study makes use of ethnography, experiential approach, and heritage studies to find out the state of Filipino food, and the cultural identity of the young Filipino Americans in Hawaii. Findings show that the majority of the Asian cuisine in Hawaii is represented by the Chinese, Japanese, Thai, Vietnamese, Koreans, and Indians. Filipino food is mostly confined to the home, and it functions as a marker of loyalty, allegiance, and solidarity for the young Filipino Americans, thereby establishing their Filipino cultural identity.