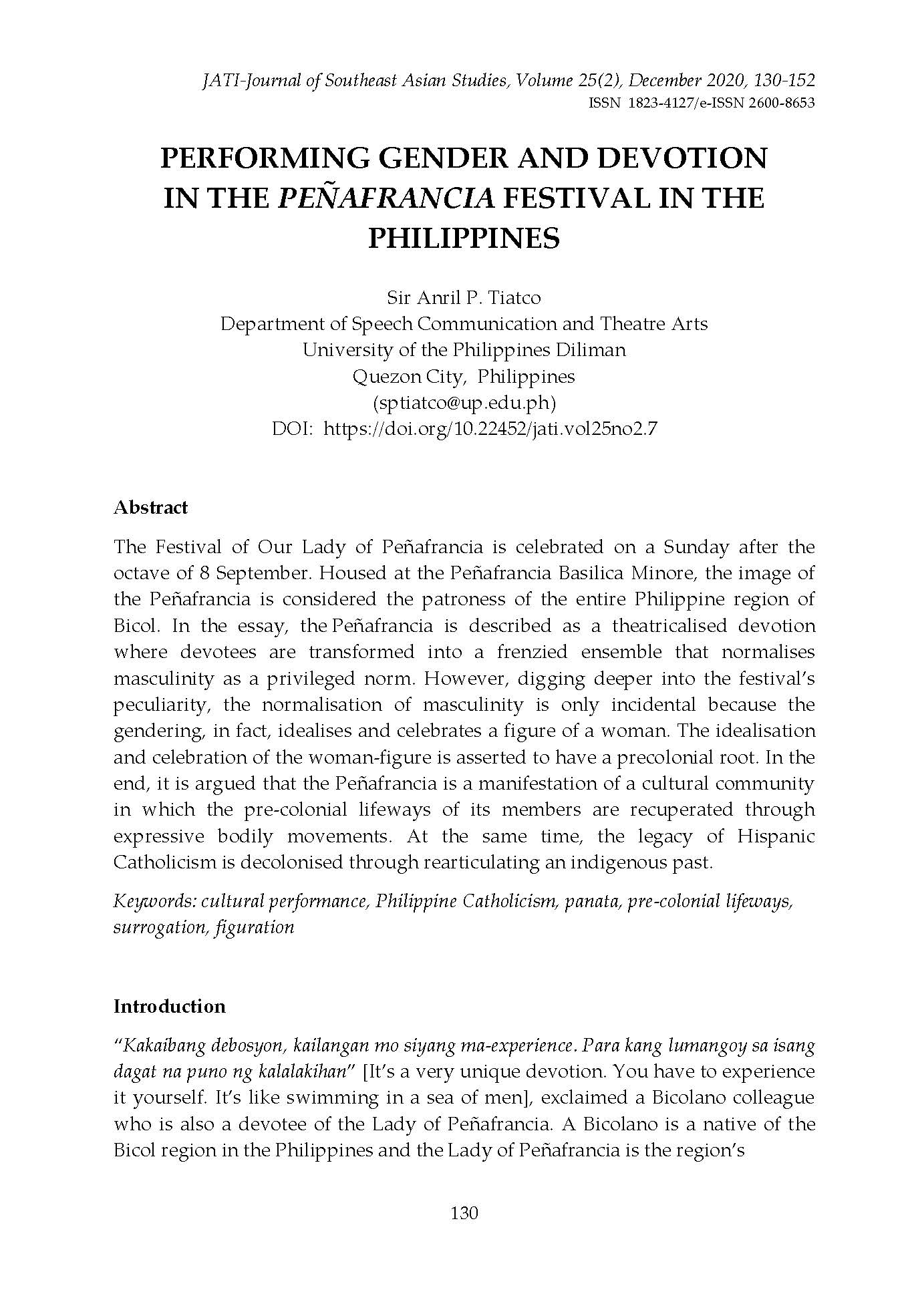 The Festival of Our Lady of Peñafrancia is celebrated on a Sunday after the octave of 8 September. Housed at the Peñafrancia Basilica Minore, the image of the Peñafrancia is considered the patroness of the entire Philippine region of Bicol. In the essay, the Peñafrancia is described as a theatricalised devotion where devotees are transformed into a frenzied ensemble that normalises masculinity as a privileged norm. However, digging deeper into the festival’s peculiarity, the normalisation of masculinity is only incidental because the gendering, in fact, idealises and celebrates a figure of a woman. The idealisation and celebration of the woman-figure is asserted to have a precolonial root. In the end, it is argued that the Peñafrancia is a manifestation of a cultural community in which the pre-colonial lifeways of its members are recuperated through expressive bodily movements. At the same time, the legacy of Hispanic Catholicism is decolonised through rearticulating an indigenous past.