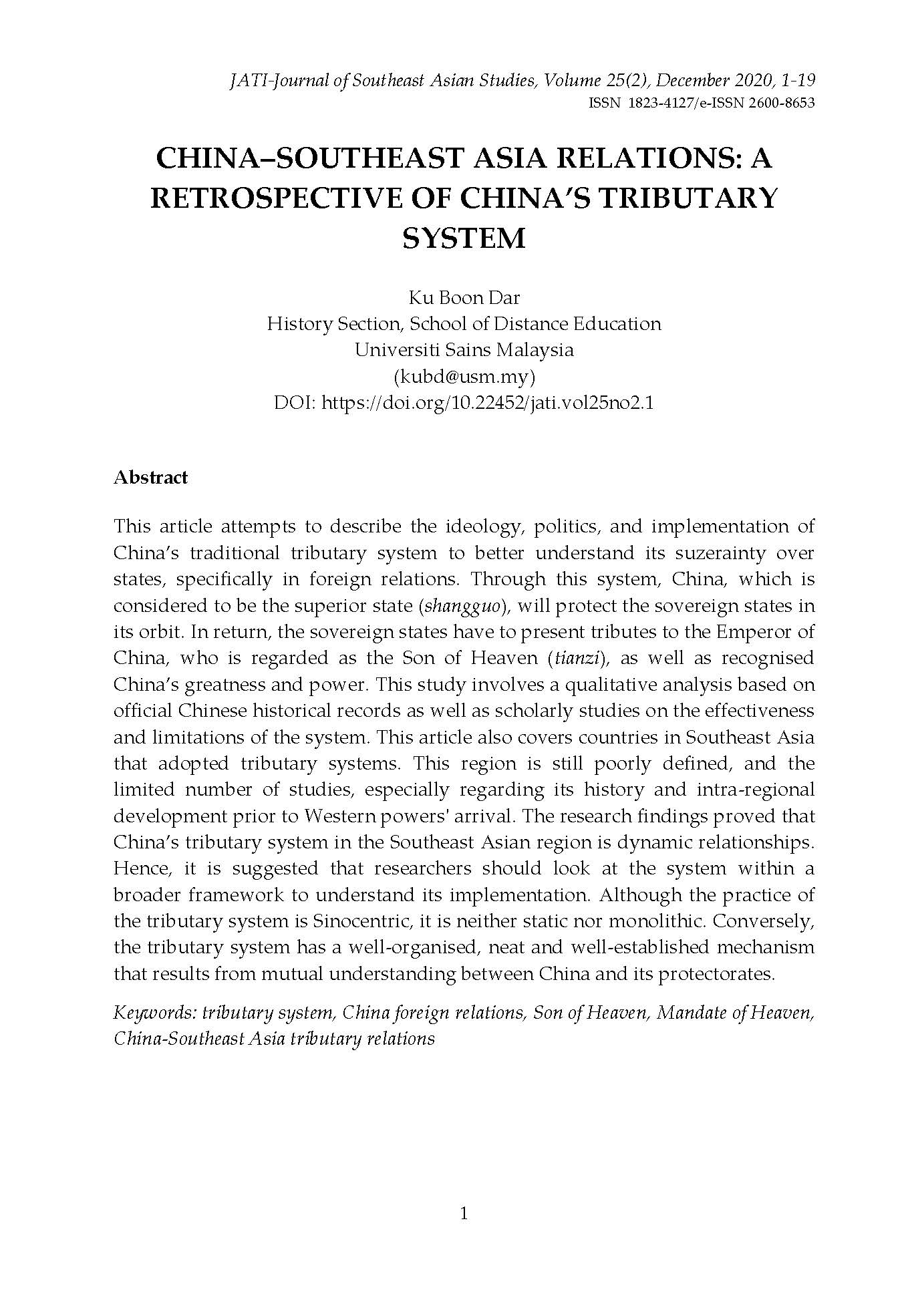 This article attempts to describe the ideology, politics, and implementation of China’s traditional tributary system to better understand its suzerainty over states, specifically in foreign relations. Through this system, China, which is considered to be the superior state (shangguo), will protect the sovereign states in its orbit. In return, the sovereign states have to present tributes to the Emperor of China, who is regarded as the Son of Heaven (tianzi), as well as recognised China’s greatness and power. This study involves a qualitative analysis based on official Chinese historical records as well as scholarly studies on the effectiveness and limitations of the system. This article also covers countries in Southeast Asia that adopted tributary systems. This region is still poorly defined, and the limited number of studies, especially regarding its history and intra-regional development prior to Western powers' arrival. The research findings proved that China’s tributary system in the Southeast Asian region is dynamic relationships. Hence, it is suggested that researchers should look at the system within a broader framework to understand its implementation. Although the practice of the tributary system is Sinocentric, it is neither static nor monolithic. Conversely, the tributary system has a well-organised, neat and well-established mechanism that results from mutual understanding between China and its protectorates.