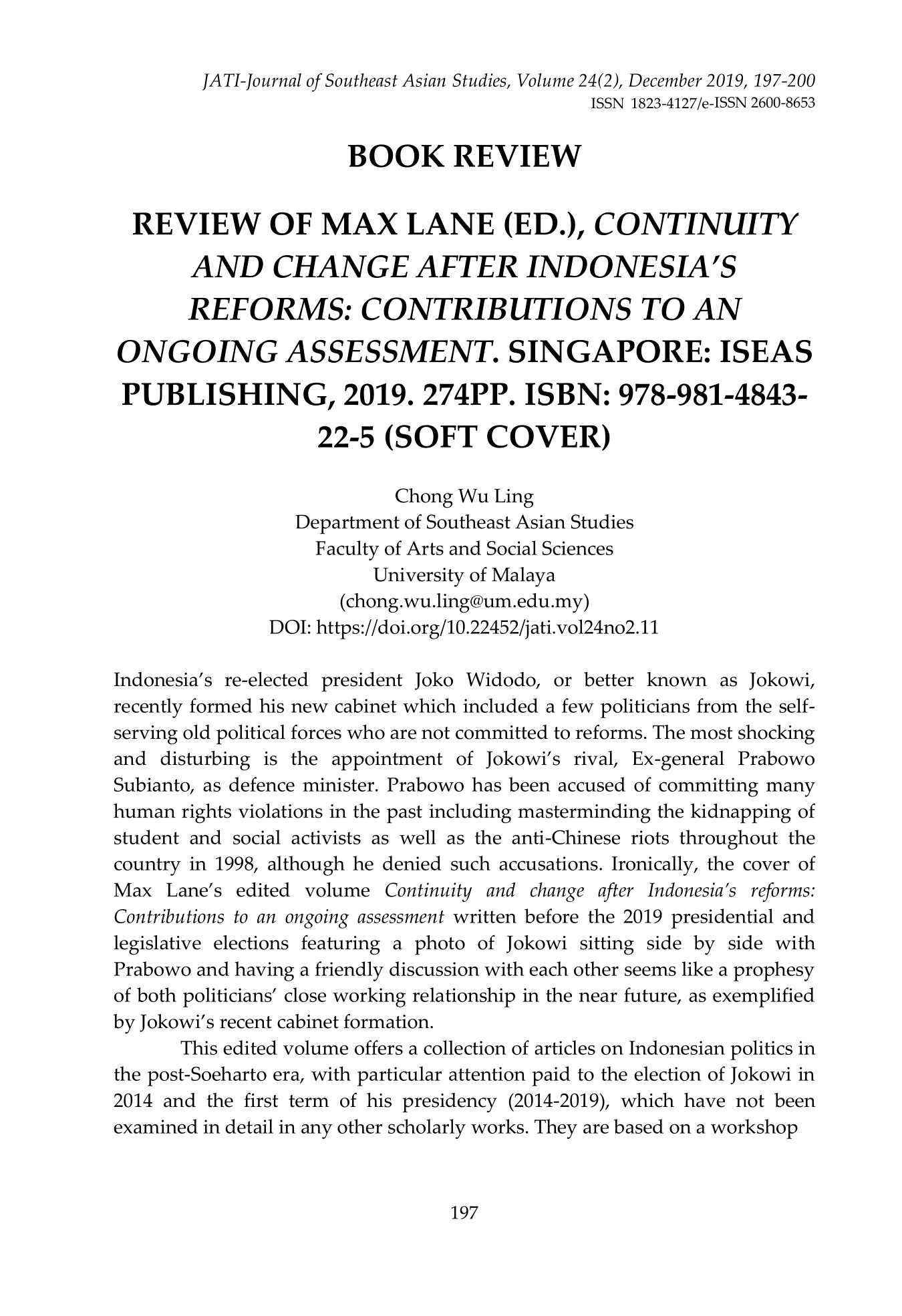 Indonesia’s re-elected president Joko Widodo, or better known as Jokowi, recently formed his new cabinet which included a few politicians from the self-serving old political forces who are not committed to reforms. The most shocking and disturbing is the appointment of Jokowi’s rival, Ex-general Prabowo Subianto, as defence minister. Prabowo has been accused of committing many human rights violations in the past including masterminding the kidnapping of student and social activists as well as the anti-Chinese riots throughout the country in 1998, although he denied such accusations. Ironically, the cover of Max Lane’s edited volume Continuity and change after Indonesia’s reforms: Contributions to an ongoing assessment written before the 2019 presidential and legislative elections featuring a photo of Jokowi sitting side by side with Prabowo and having a friendly discussion with each other seems like a prophesy of both politicians’ close working relationship in the near future, as exemplified by Jokowi’s recent cabinet formation.