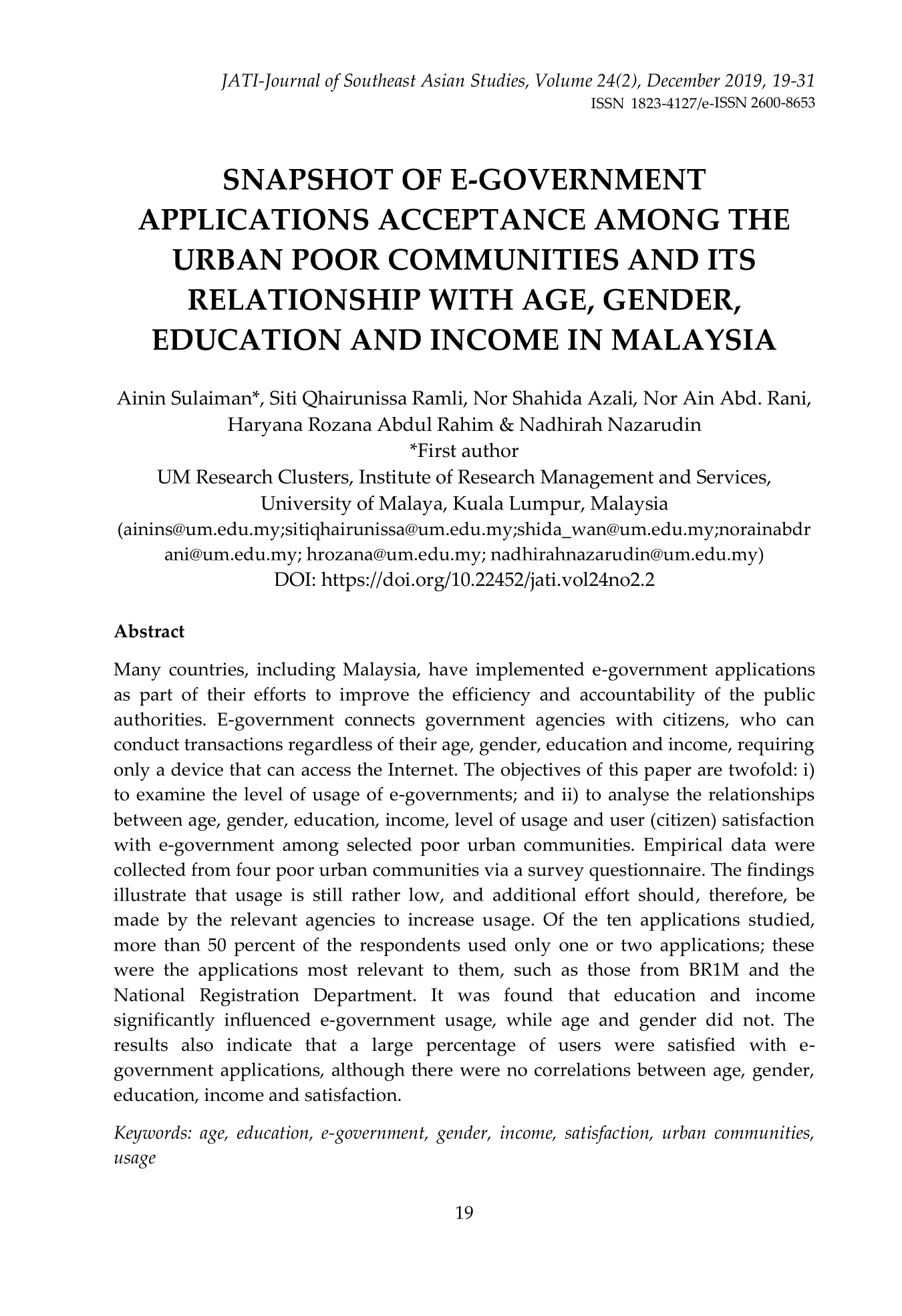 Many countries, including Malaysia, have implemented e-government applications as part of their efforts to improve the efficiency and accountability of the public authorities. E-government connects government agencies with citizens, who can conduct transactions regardless of their age, gender, education and income, requiring only a device that can access the Internet. The objectives of this paper are twofold: i) to examine the level of usage of e-governments; and ii) to analyse the relationships between age, gender, education, income, level of usage and user (citizen) satisfaction with e-government among selected poor urban communities. Empirical data were collected from four poor urban communities via a survey questionnaire. The findings illustrate that usage is still rather low, and additional effort should, therefore, be made by the relevant agencies to increase usage. Of the ten applications studied, more than 50 percent of the respondents used only one or two applications; these were the applications most relevant to them, such as those from BR1M and the National Registration Department. It was found that education and income significantly influenced e-government usage, while age and gender did not. The results also indicate that a large percentage of users were satisfied with e-government applications, although there were no correlations between age, gender, education, income and satisfaction.
Keywords: age, education, e-government, gender, income, satisfaction, urban communities, usage