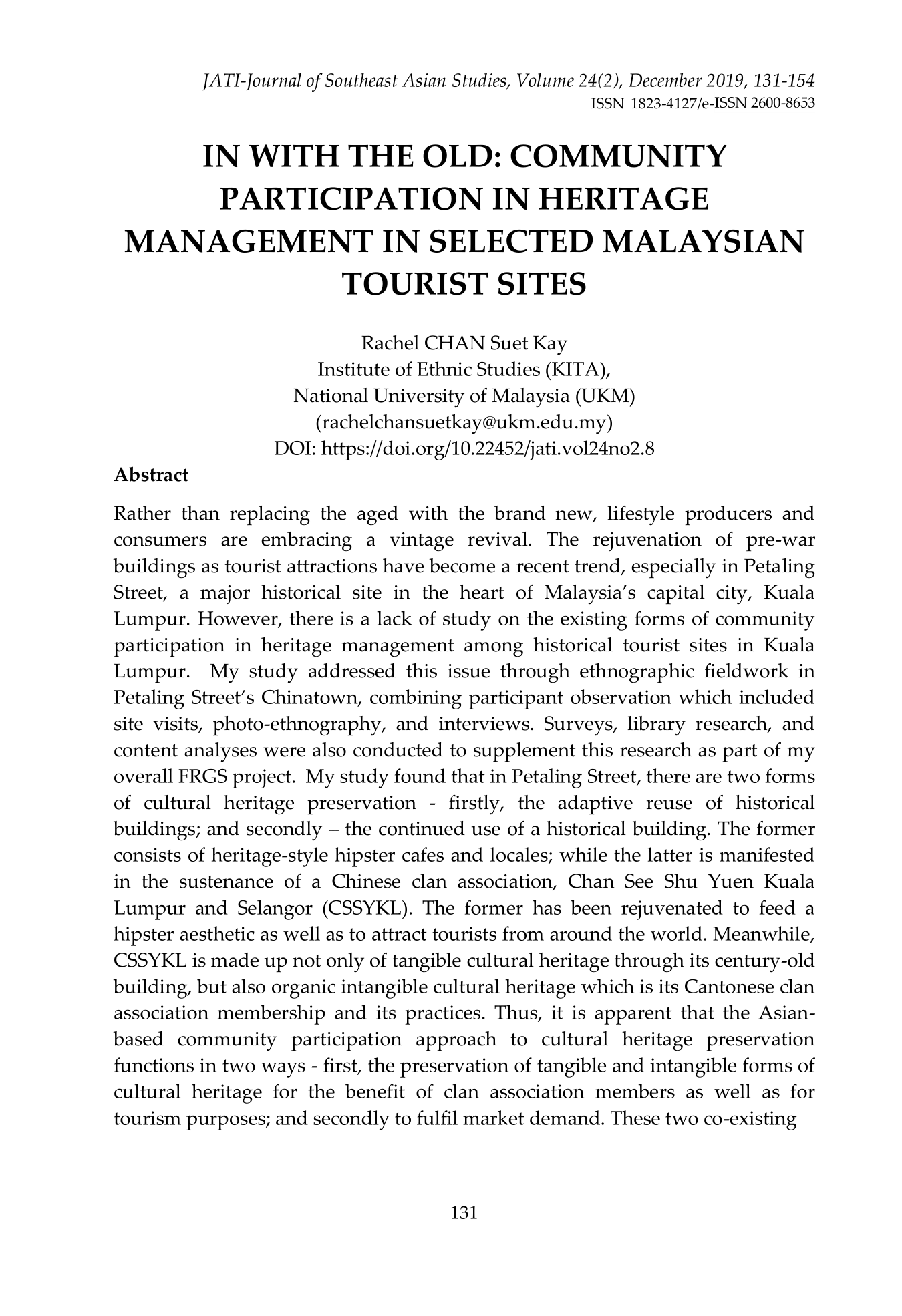 Rather than replacing the aged with the brand new, lifestyle producers and consumers are embracing a vintage revival. The rejuvenation of pre-war buildings as tourist attractions have become a recent trend, especially in Petaling Street, a major historical site in the heart of Malaysia’s capital city, Kuala Lumpur. However, there is a lack of study on the existing forms of community participation in heritage management among historical tourist sites in Kuala Lumpur.  My study addressed this issue through ethnographic fieldwork in Petaling Street’s Chinatown, combining participant observation which included site visits, photo-ethnography, and interviews. Surveys, library research, and content analyses were also conducted to supplement this research as part of my overall FRGS project.  My study found that in Petaling Street, there are two forms of cultural heritage preservation - firstly, the adaptive reuse of historical buildings; and secondly – the continued use of a historical building. The former consists of heritage-style hipster cafes and locales; while the latter is manifested in the sustenance of a Chinese clan association, Chan See Shu Yuen Kuala Lumpur and Selangor (CSSYKL). The former has been rejuvenated to feed a hipster aesthetic as well as to attract tourists from around the world. Meanwhile, CSSYKL is made up not only of tangible cultural heritage through its century-old building, but also organic intangible cultural heritage which is its Cantonese clan association membership and its practices. Thus, it is apparent that the Asian-based community participation approach to cultural heritage preservation functions in two ways - first, the preservation of tangible and intangible forms of cultural heritage for the benefit of clan association members as well as for tourism purposes; and secondly to fulfil market demand.