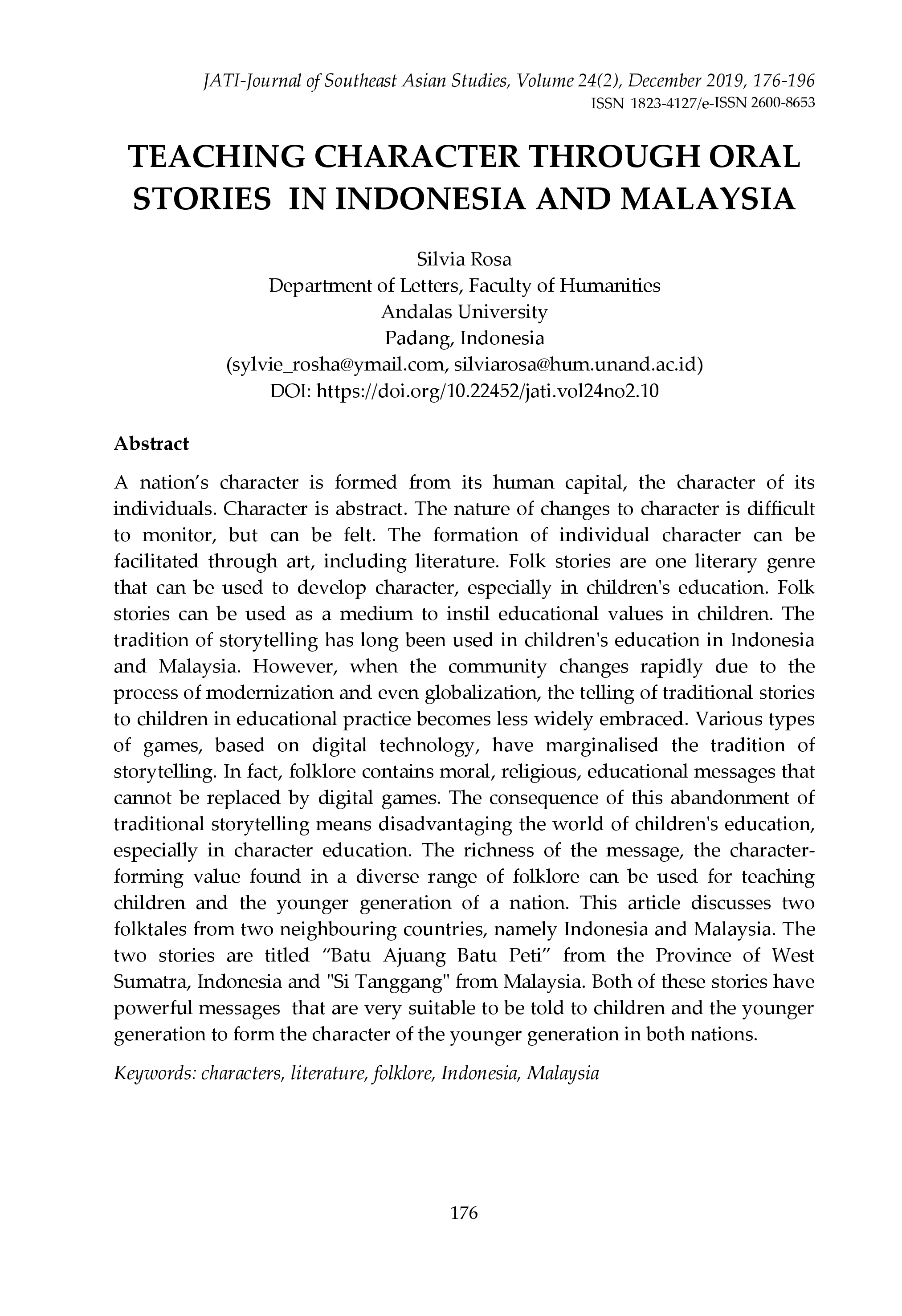 A nation’s character is formed from its human capital, the character of its individuals. Character is abstract. The nature of changes to character is difficult to monitor, but can be felt. The formation of individual character can be facilitated through art, including literature. Folk stories are one literary genre that can be used to develop character, especially in children's education. Folk stories can be used as a medium to instil educational values in children. The tradition of storytelling has long been used in children's education in Indonesia and Malaysia. However, when the community changes rapidly due to the process of modernization and even globalization, the telling of traditional stories to children in educational practice becomes less widely embraced. Various types of games, based on digital technology, have marginalised the tradition of storytelling. In fact, folklore contains moral, religious, educational messages that cannot be replaced by digital games. The consequence of this abandonment of traditional storytelling means disadvantaging the world of children's education, especially in character education. The richness of the message, the character-forming value found in a diverse range of folklore can be used for teaching children and the younger generation of a nation. This article discusses two folktales from two neighbouring countries, namely Indonesia and Malaysia. The two stories are titled “Batu Ajuang Batu Peti” from the Province of West Sumatra, Indonesia and "Si Tanggang" from Malaysia. Both of these stories have powerful messages  that are very suitable to be told to children and the younger generation to form the character of the younger generation in both nations.
Keywords: characters, literature, folklore, Indonesia, Malaysia